Rivo walked into the room of the robed figure with slow and measured steps. The room was a testament to the wealth and power of his lord. Ancient paintings, gold plated items, and silken drapes were all present in the lavish room. The half-human moved to the center of the room while the robed figure walked over to a desk and took a seat. His face was hidden behind a heavy cowl.

Rivo gave a bow of his head, “Your Excellence. A scout under Vormark reported that he had located one of the orbs in Iso’Farsh. The orb is on the college campus. The scout attempted to retrieve the orb, however, it is guarded by a dragon. The scout did not survive.

The robed figure was silent for several moments after Rivo stopped speaking. He then spoke, his voice deep and unnerving, “Send Lord Agdread and his men to the city to retrieve the orb.”

With the foyer of the building now clear of threats, the group took a quick break before investigating their surroundings. The large foyer was established as a gathering area for students and a central point between the west and east wings of the college. Two large hallways led off the main foyer. To the west, the hallway had suffered a massive collapse of stone and debris, which blocked any means of normal passage. To the east, the hallway was mostly intact. The group decided to head down the clear hallway in search of the dragon and its hoard.

As the group walked down the hallway, they passed by multiple classrooms. The Pentifex Monolith made a few detours into some of the classrooms to take a cursory look around. He found that the classrooms had all been abandoned. In addition to the overall wear and tear of time, he found that the classrooms appeared that they had been left while class was in session. Chalkboards still had writings, books still sat on desks, and loose parchments littered the floor. The warlord gathered a few of the books and parchments as he looked around, hoping to perhaps gain some insight into what had occurred.

After a quiet trip down the hallway, the group finally came to a set of double doors that were closed. Due to the natural darkness, they could easily see that light was shining from the seams of the door. The adventurers gathered themselves and readied for combat. As they threw open the door, they found another gathering room though much smaller than the foyer. Broken columns lay about the room as well as two large fissures in the ground. The light was coming from several floating balls of light throughout the room. Each ball crackled with energy and hovered a couple of feet off the ground.

Due to the light, the group was easily able to make out four ogres that occupied the room. Since Vincent Noir was able to open the door silently, the ogres were unaware of the group’s presence. Taking the element of surprise, the group charged the ogres. The battle was swift and brutal and the group continued to gain more confidence in working together. The balls of lightning provided a small hindrance, as arcs of lightning would jolt out and shock anyone who got too close.

With the ogres defeated, the group explored the room for any clues or treasure. During their search they found some loose books of information as well as a giant bag. Rummaging through the bag, the group found several gems as well as an ancient map of Falamar. SOL took a look at it slowly, a look of astonishment coming over his face. “This was drawn by Latarin himself,” he said quietly.”

Chaus Twelfth-Born then called out to the group that he had located a chest in the corner of the room. Within was a complete set of china. “It’s Derish, I think. Probably dates back before the Betrayal.” The excitement of their finds improved the moods of the group as a whole. If they were able to find such valuable items in mere common rooms, image what they could find in the horde of a dragon. 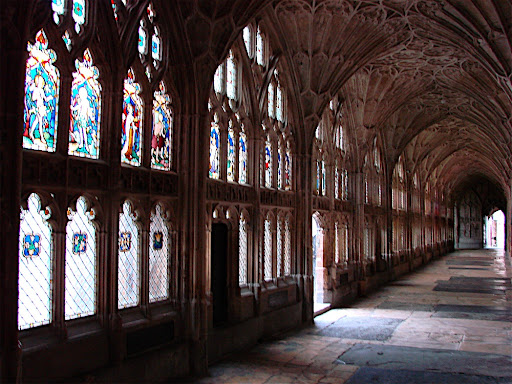 With the room clear, the group made their way beyond the common room and into the southeast wing. The hallway contained a variety of classrooms just like the east wing and were in roughly the same disrepair. Pen made sure to stop by some of the classrooms to pick up some random parchments and books along the way. The architecture of the southeast wing was noticeably different from the previous wing. SOL mentioned that, based on the classroom writings that this wing focused on more ancient magics and was most likely one of the original wings of the college. The rest of the group, not being as knowledgeable in the arcane, took his word for it and moved on.

The wing eventually came to an end at a set of double doors just like the previous wing. These doors, however, were frosted shut and a light chill was noticeable in the air. A light fog was seeping through the seems of the door. Vincent took a quick look at the door and shook his head. “Not my area of expertise,” he said taking a step back.

“I got this,” declared Chaus as he stepped up to the door. The massive cushani flexed his muscles and unsheathed his claws. He then took hold of the doors at the joining center, using his claws to get a good grip on the wood. He then began to slowly pry open the doors. Frost cracked and fell to the ground as the cushani’s muscles strained until finally, the loud crack echoed throughout the hall as the double doors splintered and broke from the massive strength of the cushani cleric. Shan Ives twitched her ears as she watched her brother open the door with satisfaction. She then took a look inside the room from behind her brother.

The entire room had a thin layer of frost covering the floor and walls. The design of the room was very similar to the common room that the group had encountered the four ogres in and was just as destroyed. Within this room were nearly a dozen foul looking creatures. Twisted and grotesque, each creature had a large blue branding on the left side of the face and neck. Shan immediately hissed, “The Winter Wyrm.”

“Foulspawn as well,” added SOL as he peered into the room. Due to the noise of Chaus breaking open the door, the foulspawn were looking back at the group with hate-filled eyes.

Kang then made his way to the front of the group. “My turn,” he said as pushed pass Chaus and entered the room. The massive goliath issued his challenge to the foulspawn, who were more than happy to answer him. The foulspawn used their gifts of the Winter Wyrm to slow, stun, and inflict pain on the goliath in rapid succession. The brawler gritted his teeth through it all and held their attention as the rest of the group poured into the room and systematically eliminated the foulspawn.

When the last foulspawn fell to the ground, the group gave a collective sigh of relief. The fight was a bit more tough than the ogres from before. No one was seriously injured however, and so they went into their normal routine of searching the room and bodies for more treasure. They found a few more gems to add to their collection as well as a spellbook on the foulspawn seer. SOL arched a brow at the book before quickly flipping through it.

“Come on,” Vincent called out to the group. “We still have a dragon to slay.”

We've already been saving your edits, so if you upgrade now you will have instant access to your previous versions. Plus, you have our no risk refund guarantee , so there's nothing to lose.

Prelude: Two Killers In Which Vincent and Kang Become Acquainted